Home » Yard Work & Gardening » Organic Raised Garden Box: How I Did It

How I made a 3 x 5 foot garden box so that I could grow a small raised organic garden.

I’ve been envisioning this project for some time now, and finally put things into motion last month. The soil on my property isn’t the best, and I’ve sprayed it with Ground Clear on several occasions in the past, so I knew that if I decided to start a garden it would have to be in a raised box with new, fresh soil added in. I decided to fill the box with half regular soil, half organic soil to keep the cost reasonable. I would say this entire project cost me about $125. Before I get into my steps, this is what it looks like now:

These are the steps I took to create my organic raised garden box.

Step 1: Drawing Up the Plans

The first step of creating a raised garden box is determining how large and deep you want it to be. I decided on 3 x 5 feet, with a depth of about 2 feet. The depth you choose will depend on the types of vegetables you want to grow — some, like tomatoes, require about 18 inches, while others only need about six inches for proper root growth.

Step 2: Shopping for Wood and Supplies

I got help on this step from the guy at my local hardware store. I found a large plank of plywood that cost about $19. It was sized just right so that I could have it cut to two (2) five foot pieces, and two (2) three foot pieces. Note: from what I’ve learned, it’s fine and probably preferable to choose pre-treated wood for an organic garden — it helps avoid rot and the potential effects of insects. I used my own organic treatment mixture to help protect the wood (lemon, vinegar, water, peppermint spray) but I think the pre-treated wood is fine. After cutting the plank into four pieces, the guy in the hardware store recommended anchoring them with 2 x 4 posts at the corners with screws (see the photo below for clarity). He cut the large 2 x 4 post into 4 equal posts. I also purchased a box of outdoor screws.

Keep in mind that you need to keep the bottom of your garden box open so that water can filtrate into the ground. So you only need to assemble the sides. I used a drill to place three screws at each corner/side, with the 2 foot post on the inside corner as the anchor. Again, it sounds complicated, but not really — just look at the photo. When assembled it looked like this:

Step 4: Choosing a Location for Your Raised Organic Garden Box

Choose a place for your box that will get at least four hours of direct sunlight each day for the best results. I placed the box down, then traced an outline of it with my shovel. I then removed the box again and dug about two inches down inside the rectangle. This was to ensure that the box would stay in place. I then put the box back inside the rectangle and used the excess soil to shore it up around the sides. I also laid excess treated wood at the bottom of the box to help minimize the chance of anything being about to dig under the soil.

When you’ve finally done all of this work, planting your seeds will be the fun part. I planted a few cucumber and tomato seeds in a separate bucket will doing all the other steps so that they’d have a head start.

Step 7: Water and Tend to Your Garden

After you’ve finished setting up your raised organic garden box and planting your seeds, the next step is to set up automatic watering, surround it with rabbit fencing if needed, and tend to your plants.


Did you enjoy reading Organic Raised Garden Box: How I Did It? Well we enjoyed having you and would like to be friends! 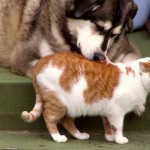 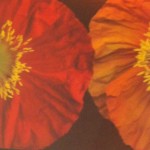 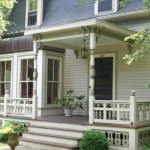 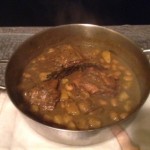